Many organisations today describe their improvement approach as ‘Lean Six Sigma’ and ask how Lean Six Sigma relates to the Lean Competency System (LCS). Some assume that because the LCS uses the word ‘lean’ it therefore has a narrow lean manufacturing-based perspective and cannot encompass all areas of Lean Six Sigma.

The reality is that the LCS does encompass Six Sigma (plus other improvement approaches) and many LCS accredited training systems use Six Sigma techniques and models.

The LCS definition and interpretation of lean thinking, developed in the Lean Enterprise Research Centre, is one that promotes a holistic, ‘systems’ approach to improvement, acknowledging that lean is much more than simply improving processes through the application of tools and prescriptive principles. Successful lean organisations employ lean strategies, lean leadership and understand the need for an engaged, empowered workforce.

The LCS accepts that are many different continuous improvement methodologies and maintains that different organisations require their own, bespoke implementation solutions for sustained, cultural change – thus adopting a contingent approach.

The key, therefore, is how you interpret and define ‘lean’; some see it as essentially comprising of Toyota Production System inspired manufacturing tools, with a relatively narrow focus, to which other improvement tools and techniques can be added to create a more comprehensive tool kit. However, others prefer to see it as lean thinking and an overarching CI philosophy with broader and deeper dimensions including learning, behaviour, change, strategy and leadership.

Of course, much of the debate is about semantics and as the LCS was created in the Lean Enterprise Research Centre at Cardiff University. which was founded by Dan Jones, then it is not surprising that it has stuck with the lean word for its CI philosophy label. 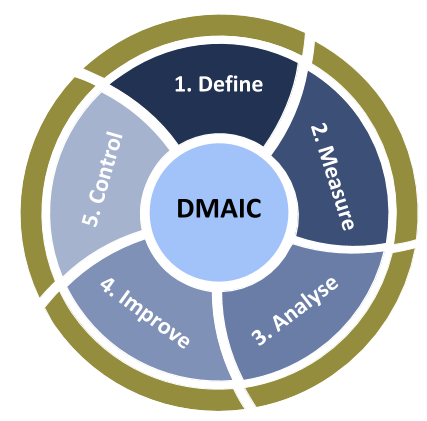 The term ‘Lean Six Sigma’ can be traced back to 2002 with the publication of Michael George and Robert Lawrence’s book Lean Six Sigma: Combining Six Sigma with Lean Speed.

They took the view that lean and Six Sigma complemented each other, with different focuses and emphases and that by combining the two methods you would end up with a comprehensive tool set with greater results than what would typically be achieved by using lean or Six Sigma individually.

Some have argued that one of the core assumptions of George and Lawrence that Six Sigma was all about quality and lean about speed is flawed (based on a narrow definition of lean), while others have maintained that while the effectiveness of Six Sigma is unquestioned in the high tech industries in which it was developed, when it was marketed to other sectors – particularly services – with different needs and characteristics, the technical content was removed (as it was largely irrelevant) and only the management aspects were kept – with coloured belts and the DMAIC problem-solving model.

This led to a re-branding to Lean Six Sigma in which it is argued the technical content is almost entirely from lean, with only the DMAIC acronym, a few tools and Green or Black Belts remaining for implementers.

This view sees Lean Six Sigma as essentially a marketing packaging exercise, the logic being that if you combine two sets of improvement tools together, the whole will be greater than the sum of its parts.

Coloured belts are used as descriptors for the different levels in Six Sigma and Lean Six Sigma.

The LCS does not use coloured belt terminology in its official level naming, though does permit accredited organisations to add descriptive words after the official LCS qualification designation on personal certificates. This, for example, can be belt related or descriptors like Expert, Champion, Bronze, Silver, etc.

There is no universal standard definition for each type of belt and the LCS does not offer a direct LCS Level-Belt comparison. However, to avoid confusion LCS accredited organisations must follow this guidance, which is based on common practice, if they wish to include a belt reference after the LCS level number on an LCS certificate:

You don't have permission to access our resources. Note that you need to be a registered member to view. Please sign in/register for access to our downloads, guides, training materials and more.