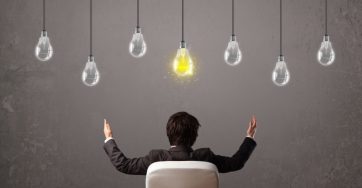 Entropy. “The inexorable tendency of the universe and any isolated system in it, to slide toward a state of increasing disorder.”

When I work with organisations to bring about service improvement, I often fight against entropy. The size of the company, the number of years in service and changing messages from the top all collide to create castles of complexity and confusion.

I was first introduced to the word entropy after I watched a film of the same name one night many years ago. I loved the film, loved the word with all its romantic, celestial connotations, but didn’t appreciate how relevant the term would become within my professional life. Many business leaders fear stagnation – i.e. stop developing, progressing or moving – but I think it is too generous a term for what occurs. While organisations stagnate they do more than simply stay still – they slide into a state of increasing disorder. Change is the only constant, so if you aren’t moving forward positively, you’re moving backward in decline.

It can become overwhelming navigating a path through the chaos to improve the service and, critically, to innovate within that service, so you are able to keep up with competitors and new entrants to the market. Consequently, I’m constantly on the lookout for creative ways to facilitate the innovative process – I was really impressed by a workshop that was delivered by Darrell Mann about a Russian innovation methodology known as TRIZ.

TRIZ or теория решения изобретательских задач, teoriya resheniya izobretatelskikh zadach, literally, the ‘theory of the resolution of invention-related tasks’, was created by the Soviet inventor and science fiction writer Genrich Altshuller and his associates. It was developed from a large-scale analysis of thousands of patents, whereby approximately 40 ‘innovation formulas’ were identified, which can be applied to products or services, to both problem solve and innovate.

A critical aspect of the different formulas pathway is the notion of adapting to overcome contradictions of obstacles. This was explained to me in the following way. You’re a caveman and a rival caveman (let’s face it, they were most probably men) comes along to push you out of your superior cave. You wrestle for a bit, but one of you grabs a large club-like branch and whacks the other over the head. An innovation. The beaten caveman returns to his inferior cave and fashions himself a club, so that he is better prepared next time. When challenged again, the fight is more equally balanced until time moves on and clubs turn to swords. Swords do a more potent job of disposing of a caveman than a stick.

One day, someone thinks it would be a great idea to fashion not only a sword out of metal but a shield out of metal too, an innovation that protects the defenceless side of the body from attack. But a ‘contradiction’ has occurred. Whereas before, both arms could be used to attack and defend, now one has become ‘trapped’ behind a shield. So innovation occurs to solve this contradiction, a suit of armour emerges from the creative mind in order to free both arms for fighting, yet protect the body from stabs. Alas, a new contradiction has occurred – what was once agile and light, is now heavy and slow. Innovation must rise again in order to overcome this challenge, and chainmail armour is created. Each innovation occurs to overcome the contradiction incurred by the innovation of the past.

Innovation explained and explored in this way does not offer a limitless set of possibilities. Rather as each contradiction is overcome and solved, we come closer to a perfect solution. When this is achieved there is no need for innovation as all problems will be solved.

This notion of innovation – that as we become closer to simply ‘what customers want’, the range of delivery options becomes narrower – can be seen as counter-intuitive to the widespread idea of innovation that currently prevails, but I think it is one that carries much credence. Of course customers change, as do their desires and they become more demanding, but IT really can overcome many contradictions, helping to skip customers and allowing corporations to reach simple conclusions.

A quick look at the ‘innovation pathway’ for tax discs offers a glimpse into how technological changes can motor us to the ‘ultimate solution’ to the problem, in other words no tax discs.

Sarah joined the Health and Services Team in the Lean Enterprise Research Centre in 2005. Since that time, she has worked on numerous lean projects in hospitals, universities and public and private services. She specialises in helping to develop the knowledge of continuous improvement teams and have worked with the Ministry of Justice's Lean Academy, their Shared Service Centre in Newport, the Value for Money team in the Home Office, Legal and General, Principality Building Society and most recently, Nestlé, to ensure that organisations approach lean in a holistic, sustainable way. Her passion is to explore the interconnection of lean concepts and tools, helping people to understand how all of the lean ideas, support and inform each other, to bring about the pursuit of organisational perfection. Sarah has been appointed as Director of Executive Education. Her role is to work with external organisations to understand their learning needs and to then design programmes of learning which employ the academic expertise of the Business School.

Data Analytics Tools Offer Small Business Owners These Important Benefits Data analytics may sound like a complicated term, but for business owners, it’s essential to learn the ins and outs of this tech in order to create a realistic growth strategy and stay on top of customer needs. The...

One of the most critical steps of growing a business is to foster top-notch collaboration among your teams. When your team works together through synchronous or asynchronous collaboration, it can do wonders for boosting morale, productivity, and efficiency. Ultimately, it can help you crush your goals! Of course, building your...