From the Seven Wastes to the Multiple Wastes of Lean Thinking. 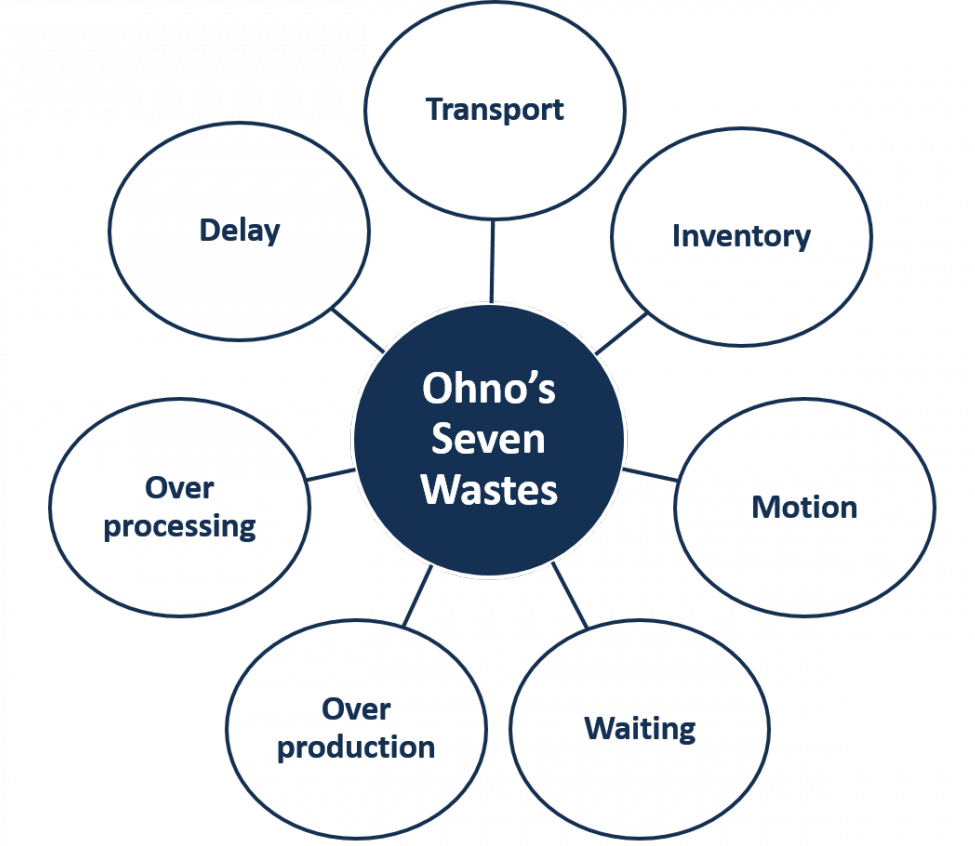 Taiichi Ohno famously identified the Seven Wastes of the Toyota Production System that have become part of the bedrock of lean knowledge and fundamental to lean improvement initiatives. Acronyms such as TIMWOOD regularly appear in handbooks and courses as useful ways to remember what they are: see Figure 1.

However, many practitioners and organisations have added an eighth waste to Ohno’s original list, relating broadly to untapped human potential or some similar wording connecting to the notion that if you don’t maximise the contribution of employees and motivate them to excel, then this is ‘waste’ or at least opportunity lost. This often manifests itself in waste lists as:

Perhaps untapped potential is used in a lazy way to cater for many new or service related wastes and it even has its own acronym – DOWNTIME.

Why this has been added is probably to do with a lack of a human dimension in Taiichi’s original seven or maybe some feel compelled to be innovative or personalise the list in some way. But how useful and helpful is adding this particular ‘waste’ to the list and, indeed, is it actually a real waste?

Wastes were originally identified to be those activities that should be removed from the operation or process because they added no value for the customer; typically, they impeded flow, caused a problem and/or affected quality.

They were clearly identifiable, quantifiable and removable with consequent positive benefits to quality, cost or delivery. Part of their popularity and success was, arguably, due their simplicity in understanding and usability by anyone in the workplace.

As a way of emphasising the criticality of the waste reduction role, Womack and Jones, in the book Lean Thinking, refer to the muda glasses (muda being the Japanese word for waste) that lean thinkers metaphorically wear as they survey the workplace, imbuing them with special powers to spot non-value adding activities.

So where does the waste of unfulfilled human potential fit in? Would you be able to spot it through those glasses, and if you were, could you then remove it and see an enhancement in customer value, better process flow or quality? Has anyone actually claimed that they have reduced untapped human potential from, say, 67% to 38%?

The answer is, of course, ‘no’ and it is nonsensical to suggest you could highlight it with a red Post-It on a brown paper map and then work out how to reduce or remove it.

Of course, people not fulfilling their potential is, in a sense, a waste of sorts, but so in that case is poor decision making, not being enthusiastic, daydreaming, having a bad education or a poor ability to concentrate and so on. Clearly, a manager or lean practitioner can do nothing immediate to improve someone’s ability to maximise his or her potential or talent in order to remove this ‘waste’, though no doubt education, mentoring, coaching or therapy could play a part in revitalising a person’s mojo.

Enabling employees to reach their potential is, arguably, a bigger organisational task and responsibility and many businesses would probably see this as part of their values or human resource management policies, rather than as simply a waste.

Does it do any harm adding it in? Including the waste of untapped human potential in the list raises several issues:

On this basis, untapped human potential does not warrant inclusion in a wastes list that is used to guide value stream improvements and so should be removed. 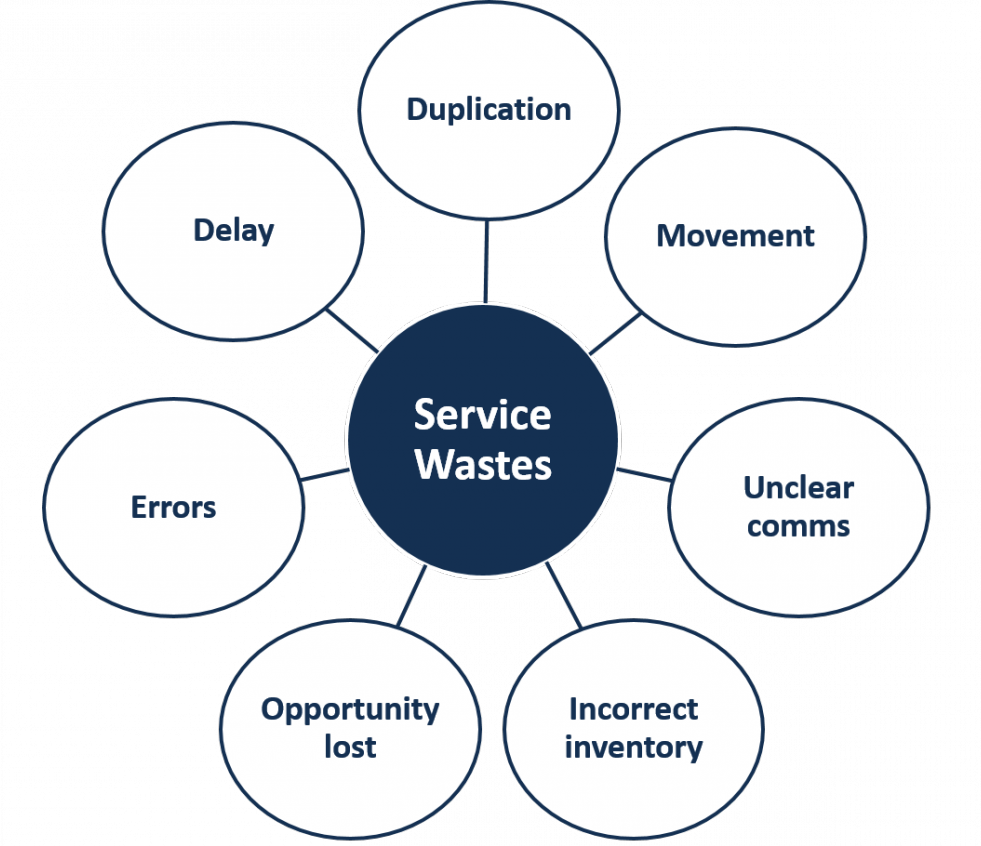 John Bicheno has identified seven service wastes (see Figure 2) and John Seddon’s failure demand could be considered the arch-waste in many service environments.

In developed economies where about 80% of the workforce are employed in services, factors like the intangibility of the product offering and the customer journey are dominating features and digital delivery and communications are the norm. These open up a whole new world of wastes that could never have been on Ohno’s radar.

For example, we now have many different forms of communication wastes (eg excess, untimely, inaccurate), we are plagued with over-checking and over-authorising, we have poorly organised information on our hard drives, badly designed online forms, dysfunctional IT systems, unclear role definitions and targets that incentivise the wrong behaviours. Plus there is a range of environmental wastes that now need to be taken into account.

If an organisation wants to be really effective in reducing wastes, it should develop its own list, relevant to its processes and products. Using the original seven is often a good starting point, as some are generic and have universal applicability, but not looking beyond them, renaming them or adapting them, may end up making the list restrictive, limiting waste reduction opportunities, especially in non-manufacturing contexts.

Also, shoe-horning in an original waste to your process environment –  just to show it is somehow relevant – should be avoided; for example, in most services, it is impossible to over produce and put the resultant excess stock in a warehouse. However, you can, for example, deliver a service at the wrong time (the waste of untimely service) or have too many people involved in delivering it (the waste of over resourced delivery).

In deciding what should be included in your own waste list, you should evaluate each waste candidate with the following questions:

Ohno’s seven wastes are undoubtedly an important reference point in lean thinking, but they should not be treated as immutable or as a directive to blindly follow. Progressive lean thinkers have learned to adapt lean concepts and principles to fit their particular environments and the same is true of the wastes list, which should closely reflect the process environment so it remains actionable and relevant. So while untapped potential does not qualify to be on the list, there are multiple other candidates that do.

Simon is the director of Lean Competency Services Ltd., which was launched in 2014 and holds the Cardiff University licence to operate and develop the Lean Competency System, originally developed at the Lean Enterprise Research Centre (LERC), Cardiff University. He was previously director of the LERC, which he joined in 1997 and was involved in a range of research, knowledge transfer, engagement and executive education projects, programmes and initiatives, as well as LERC marketing and strategic development and was the chief architect of the Lean Competency System. Simon previously worked for Thorn EMI PLC, Grand Met PLC, The Automobile Association and Johnson Controls Inc. in a range of research, planning and marketing roles. Simon was educated at Swansea University, Wales and The City University, London and has professional diplomas in marketing and market research.

Data Analytics Tools Offer Small Business Owners These Important Benefits Data analytics may sound like a complicated term, but for business owners, it’s essential to learn the ins and outs of this tech in order to create a realistic growth strategy and stay on top of customer needs. The... 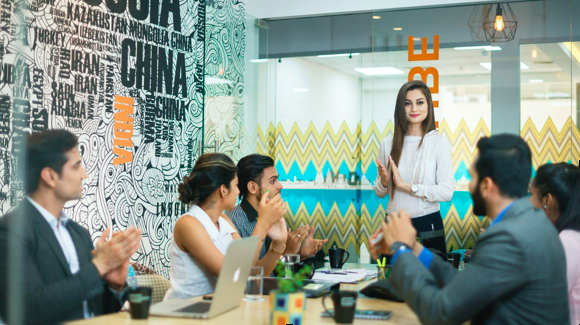 One of the most critical steps of growing a business is to foster top-notch collaboration among your teams. When your team works together through synchronous or asynchronous collaboration, it can do wonders for boosting morale, productivity, and efficiency. Ultimately, it can help you crush your goals! Of course, building your...